Personal Injury Attorneys: Getting What You Deserve

How Damages Are Calculated in Injury and Accident Cases

When you talk with a personal injury lawyer or an auto accident attorney about how much money you might get from a claim, the term they use to describe that compensation is "damages." This is money awarded to a claimant to make up for the wrongs that occurred in the incident in question. There is a process for arriving at this number, so it's a good idea to understand the basics of how you might get to a particular award of damages.

The first step in a claim is figuring out what might be owed in terms of damages. Medical bills, unsurprisingly, are very important in this process. These can accumulate to significant totals, potentially into the hundreds of thousands or even the millions of dollars to cover surgeries, drugs, and hospital stays.

Long-term care needs also have to be addressed. If a claimant expects to need years of physical therapy and pain medications, for example, the award of damages has to anticipate those costs going forward. Lost work and future earning potential also have to be awarded similarly. An individual's pain and suffering are compensable in most states. Loss of other parts of life, such as the enjoyment of hobbies, marital relations, and family life, should be included, too.

Before the actual amount of damages that'll be awarded will be determined, liability has to be apportioned to both parties. It's possible that one side is 100% responsible for an incident and will pay 100% of the requested damages, but that's unlikely.

Instead, you can expect to see a portion of the damages deducted for what's called "contributory negligence." Suppose an auto accident attorney is dealing with a case that involves a driver client was going 10 mph too fast and a defendant who failed to yield the right of way. For the most part, the defendant is at fault, but driving 10 mph over the speed limit contributed to the damages. The split might end up being 85-15, with the claimant getting 85% of the damages they had sought.

3. A Word on Negotiation

These kinds of cold calculations are done straight down the middle when a jury is asked to rule on a case in a lawsuit. Most of the time, though, you'll be dealing with a claims adjuster hired by an insurance company. They may adjust the offer based on what their records show similar claims have settled for. 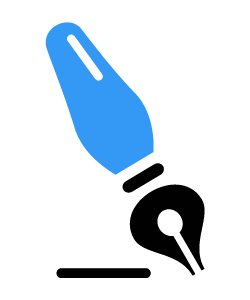